Possibly the best day we have had in East Anglia so far in 2014.
The RASP forecast on Friday for Sunday was not great, and Saturday – which had been looking good on Wednesday and Thursday had gone off the boil. But by the end of Saturday the prospects for Sunday had improved. 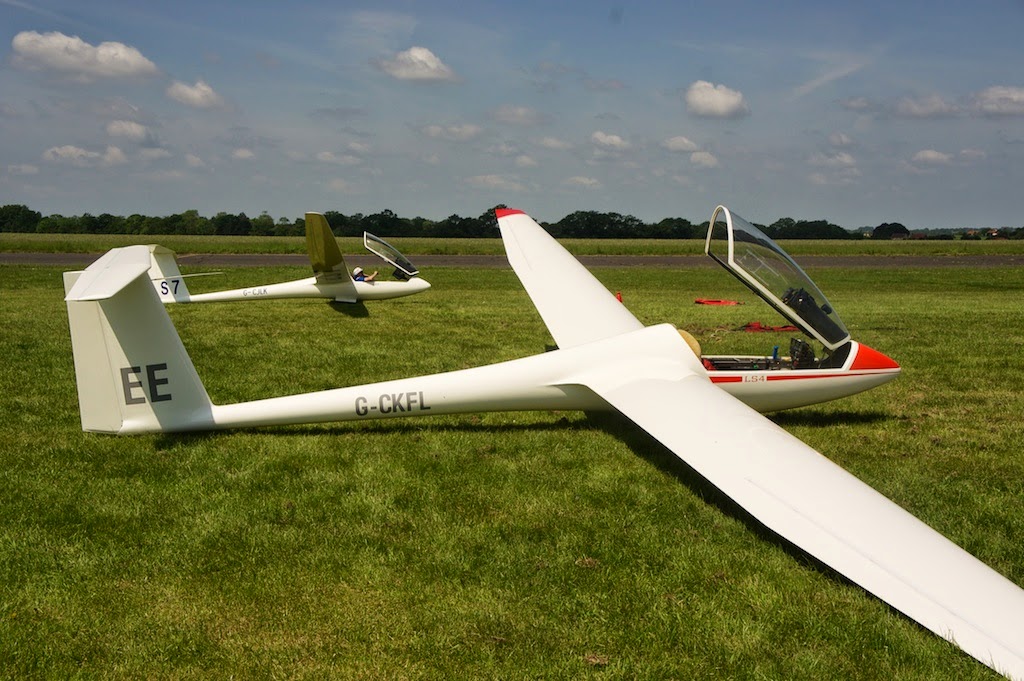 There were a good few vintage gliders on site still from the Vintage Rally, and these took advantage of the good weather. The weather also brought out a few glass syndicate aircraft: LS7, LS4, Astir, ASW27, ASW19, ASW20, Cirrus, Vega, all heading off to the south west.
Peter Carter turned in a quick time in an  ASW19.
I had my first un-powered aerial visit to Ipswich. You can see the Orwell bridge below. It was slightly difficult to get a shot in the sun. 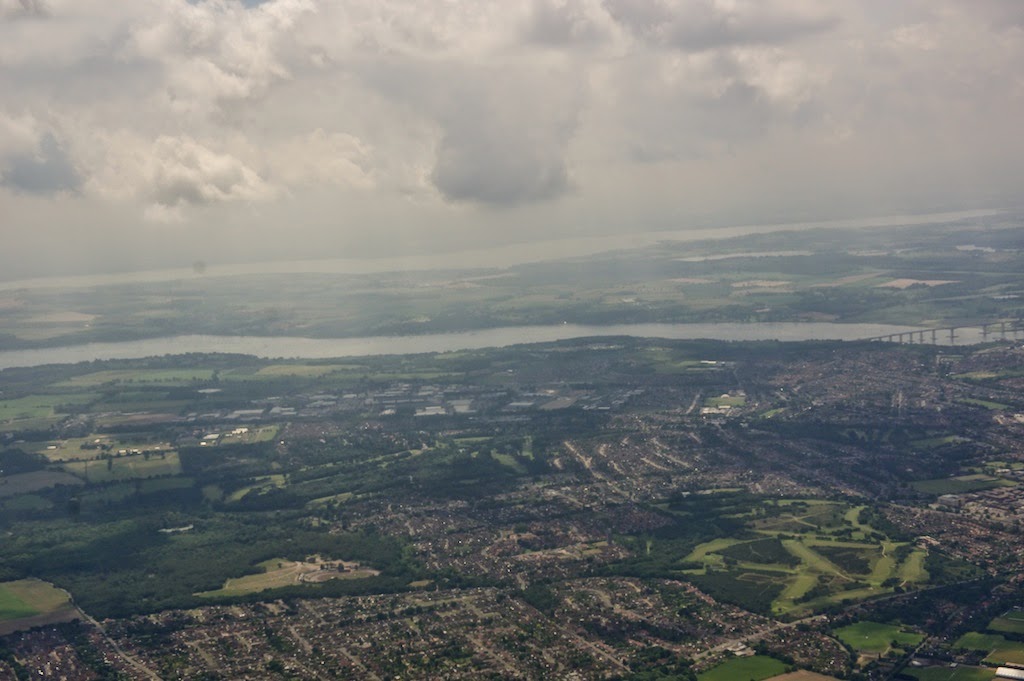 In trying to do so I set my camera into video mode by mistake. You can see the clouds get dramatically lower towards the coast:
You can also see quite a lot of deep green in the fields, making them not great choices for landing, as is typical from late May to Mid July. For those who wish to track farmers strips, Mike Crook is maintaining a list of farmers strips, and the like, which are land-able. There is a book in the club-house with aerial photos, maps and descriptions. He showed me two new ones, which he had seen in the week. I will need to add them to the land-ables list which Martin Gregorie maintains here.
Ex-Members, Jan and Ian Atherton flew in for a cup of tea with their dog (who has his own ear defenders for the noise), and reported that it was indeed overcast between Gransden Lodge and Northampton, just as RASP predicted. It was good to see them, I must read up on their adventure, as reported in Sailplane & Gliding.
Pretty much the whole of East Anglia was working well on the day though. Here’s a photo of Kings Lynn from the south east. 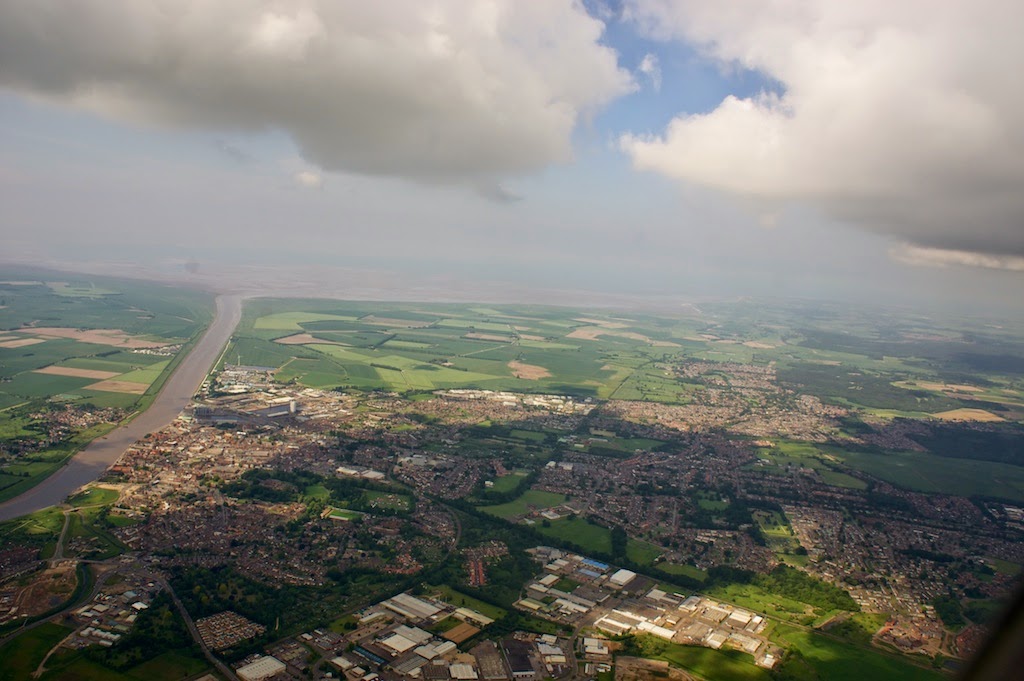 About the Author: James Francis